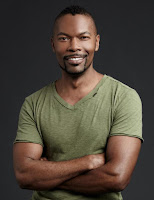 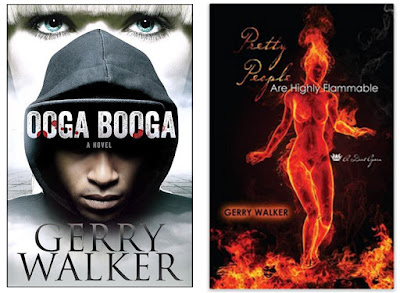 Posted by Therese and Morgan at 4:00 AM 2 comments:

Hey y'all!  It's Morgan reporting from super rainy and humid Nashville, TN.  If you follow my personal blog (Morgan's Mix Tape), then you know that my marketing day job requires a significant amount of business travel.  Yesterday, while traveling from Portland, OR (PDX) to Nashville, TN (BNA), I connected through Houston, TX (IAH).

Of course the bookstore on my landing terminal caught my eye.  Yup - I'm a sucker for a bookstore!  Show me a writer who doesn't love bookstores and I'll show you a freak of nature.  Ha!

So, imagine my surprise to see so much of the in-store marketing real estate dedicated to the 50 Shades series.  Note: This display was one of only two large table layouts in the store.  More 50 Shades books were on the shelves. [SEE MORE HERE]

Notice in the picture below how Sylvia Day's Bared to You is shelved next to E. L. James 50 Shades Series.  Ms. Day's book was originally self-published with a different cover,  however when the Penguin Group acquired and reissued Bared to You, they changed the cover art.  Since Bared to You's story line is similar to the 50 Shades Series, why not 'ride the wave' and produce a similar cover?   This tactic is one form of 'suggestive selling.'  Pictured below is the in-store version of the "Customers Who Bought This Item Also Bought" section on Amazon, Barnes & Noble, or any number of other websites.

In this instance, it is the store's merchandising team grouping similar products together in the hopes of boosting overall sales.   Having a similar cover subliminally validates (correctly or incorrectly) at first glance that the reader is purchasing more of what they already like, but from a different author.  The 'different author' part is expressed through the use of a warm color palette choice (dove gray + gold & black accents), instead of the cool colors (steel gray + midnight blue & white accents) used by the 50 Shades Series covers. [SEE MORE HERE!]

So, you've been told by any number of folks: "You gotta have a website."  But no one has bothered to tell you what your website should contain.  In today's workshop we will provide some pointers on basic web content for both pre-published and published authors.  (Note: We are providing recommendations.  It's your website.  You can add or delete content at your discretion.)

With regards to web content, we looked at several author websites and paid special attention to their navigation tabs (actual content pages).

Basic Web Content for PRE-Published Authors:
1.                  Home Page - This page is your landing page and home base for your website.  While the other pages can be more static, your home page should always contain the most up-to-date information.
2.                  Author Bio / About Me Page: Here is where you provide some background information about your author PERSONA.  Content can include: why you write a specific genre, what inspires you, quirky facts, etc.  Whatever you put on this page should provide some peek at your voice / writing style.
3.                  Contact: Either as a separate web page / tab on your navigation bar or prominently displayed on your home page, give interested parties a means to contact you.  Here is where you put your links to Twitter, Facebook, Pinterest, etc. in addition to your email address.
4.                  Something About Your Books: Give your future readers a peek at what you are writing, BUT don't give away your plot - don't give unscrupulous writers a jump on your potential best seller idea!  We also recommend that you do NOT post mock covers of your books....readers always seem to miss the fact that the book isn't published.  They will head to the store only to be frustrated when they can't buy your books.
Here are some examples of how pre-published authors have structured their websites:
[SEE MORE HERE!]
﻿
Posted by Therese and Morgan at 4:00 AM No comments: