Advice offered to us after our last workshop is that we should modify our book so it applies to nonfiction authors. Our personal opinion is there are loads of wonderful How To books for nonfiction authors to build their author platform, especially if it is a How To or Specific Topic platform. Writer's Digest Books and Magazines are chock full of decades of advice for authors to become known as being an authority on their topic. 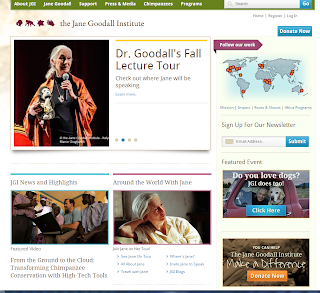 Jane Goodall is a great example of the whole package for a nonfiction author. She's an author, speaker, scientist, activist, and so much more. She has a message, she's an authority, and she has presence! Both in person and how she dresses, speaks, poses, and interacts with primates.

Jane did not struggle to create a persona, she just followed her passion and took the advice of professionals in marketing, PR and web design.

Memoirs are 100% the professional nonfiction writer in a specific and genuine Author Persona With a Topic. 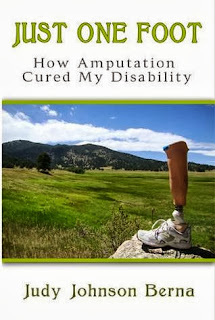 Therese Says: I had the opportunity to read Judy Johnson Berna's memoir prior to publication. The story follows Judy's relationship with her foot, that had been an aggravation to her life activities, her whole life. Eventually she chose to become an amputee. Really? Choose to cut off your leg?

Yes, and it's a wonderful and personal journey that she shares with readers who have no reason to make such a choice. But it's also an inspiring story of how to assess the need for positive, if highly radical and often discouraged, change. Judy is also honest regarding how to adapt to when what's holding you back is suddenly gone. There can be a whole new set of challenges! 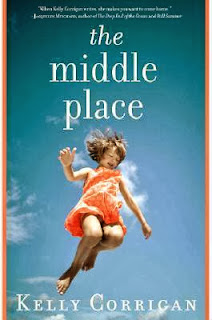 The Middle Place by Kelly Corrigan: Is basically a story about a young mother getting diagnosed with breast cancer, shortly before her father also begins cancer treatments. This sounds pretty depressing but it's a wonderful story of growth, the layers of a life, family, and so much more. This is Kelly's story, Kelly's family, Kelly's beliefs and what makes it a fabulous nonfiction story is the voice. Kelly's, of course.

In both of these examples, there is no need to create a persona because their persona IS The Story, and there are very specific topics.

Judy's topic revolves around breaking barriers of perception as to the physical value of a limb and the objections of the medical community regarding the choice of a patient to choose their treatment. The story has expanded exponentially since it was written.

Kelly's topic is her perception of the details of living that touch our emotions, and memories, and enrich our lives. She's now a motivational speaker. 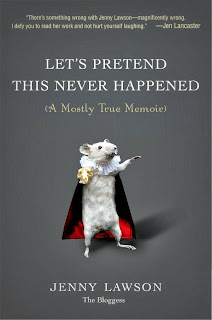 For An Entirely Different Persona - The Bloggess aka Jenny Lawson is raw, irreverent, uses colorful language and sometimes expresses such highly offensive ideas that she is beloved, by at least three people. Her topics are - whatever catches her attention at the moment.

She has a blog - of course - and her persona picture is worth a look.

And she wrote a book: Let's Pretend This Never Happened (A Mostly True Memoir) by Jenny Lawson

The Bloggess is Jenny Lawson's interactive persona and she's funny. And she battles severe anxiety disorder, RA and a bunch of other challenges. Which means, her persona is also now part of her personal power and how she has become beloved by more than three people. 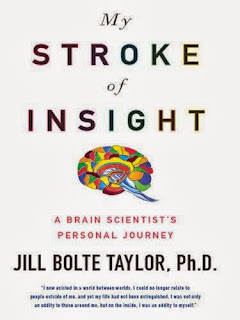 My Stroke of Insight by Jill Bolte Taylor is a memoir of a brain scientist who analyzed her own stroke as it was happening to her, then created a whole new platform of information about brains, our insight, the universe, and all kinds of great stuff. Her TED talk includes holding a brain out for the audience to observe and then explaining what it's like to be free from the filtering of the logical and tactile side of the brain. LaLa Land sounds pretty good.

This is a perfect example of picking and choosing aspects from the Real Person and becoming a Persona with a specific story, style, and message. Dr. Taylor presents herself as the authority she is, on her topic, the brain, then presents her transformative experience that is wilder than a near death epiphany. She glosses past her six year recovery and appreciation for those who cared for her, but does so with quick emotional punches. Then she returns to the story of molecular and universal connection, freedom from the physical body, and her message that peace is only a thought away.

In many ways, marketing a nonfiction author is easier because there is a specific topic, a level of authority and professionalism, and an easily defined potential audience. Unless it is a memoir, then it needs a stronger persona, message, and dedication from the author for spreading a unique message that is timely. 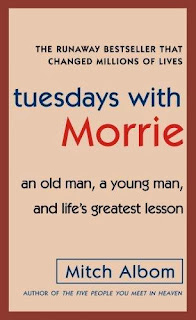 There is always the potential for a viral sensation no one expected. It happened back in the 1980's with a tiny little memoir as a young man spent time with a mentor, during his final days. There was no internet back then, yet this simple little book was marketed to numerous publishers in the hope it would earn enough to offset Morrie's medical bills. Mitch Albom was a sport journalist and beat the pavement through numerous rejections to get this book published. Finally a small press agreed to do a small print run. Within a few years, millions of copies were circling the globe.

Therese says: In my humble opinion, Tuesday's with Morrie,where the main character dies at the end, touched a chord and became a viral best seller not so much because Morrie was exceptional. It was more because Mitch was the compassionate and genuine persona who was transformed while writing the story, and readers took his journey as their own. Otherwise, it's just a really ordinary though sad story. It was the author that made the difference. 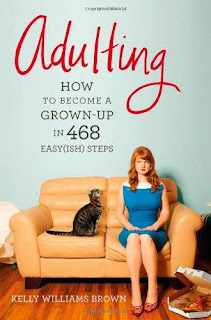 Now, there is a current book that I would love to see become a viral sensation...

ADULTING, How to Become A Grown-Up in 468 Easy(ish) Steps by Kelly Williams Brown, and her voice, and topic, and Persona is a delight!
It's like a cross-genre nonfiction How-To/Memoir. And yes, that really is her on the cover.

Author's need to be grown ups about their career, topics, persona and marketing. :D

Engage the customers, but don’t be pushy! Don’t sit at your table like a lump and wait for people to come ask about your book. Say hello! Tell them you’re in the store signing your books. Then, if they don’t make eye contact, or they act uninterested, leave them alone.
Hand people your book. This is an old bookseller’s technique. If people are holding a copy of the book in their hands, they are much more likely to buy it.