Morgan and Therese have a workbook in process.
This Finer Points Friday post is one of the contributed articles.

I got politely scolded the other day.  Like a lot of people still learning the Twitter ropes I sometimes forget to add hashtags, omit an important piece of information, or occasionally tweet something entirely bone-headed that I delete later.

In the very beginning I didn’t like Twitter.  It moved too fast, I never knew quite what to say, and I worried about looking foolish.  Now, just a few months later, when I steal away moments in the Twitterverse I sometimes feel like a dog chasing a ball, romping into the ocean surf on the hottest day of summer.  Sheer joy!

It’s one of my favorite things to do now.  I like to chat, cross paths with new people, and connect with those I already know.  Yet I still accidentally offend or foolishly follow.  But my worst mistake, by far, was forgetting to thank people for their retweets.  I had no idea how important that was!

So here are a few tips when it comes to making a good first impression on Twitter:
Happy Tweeting!  ~ Jamie Brazil 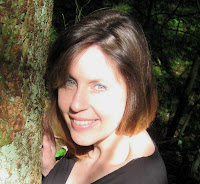 The dispatching gig turned out to be great training for the round-the-clock crises when working with film crews.